The Treasury released a list of organizations that received more than $150,000 in Paycheck Protection Program (PPP) loan funds, of which over 4,500 were nonprofit organizations in California and 1,500 were nonprofit organizations in Los Angeles and Orange County. While many of the loan funds were generally received in March and April, use of funds may take place over the following 8 to 24 weeks. However, the official approval of the forgiveness by the bank may not occur until later in 2020. As June 30 represents a common fiscal year-end for many nonprofit organizations, this could result in the receipt, use, and forgiveness of the funds in different fiscal periods. Additionally, for nonprofit organizations with a calendar year-end, June 30 represents the mid-year point where budgets may be reviewed and financial reports may be provided to grantors and the board of directors. Understanding the two models for recognition of forgivable loans received under the PPP presented by the AICPA’s Technical Question and Answer (TQA) 3200.18 is important in order to determine the most appropriate accounting model at June 30, 2020, or at any period-end when the amount of expected PPP loan forgiveness has not yet been granted.

The TQA provides two models under which to recognize PPP loans: 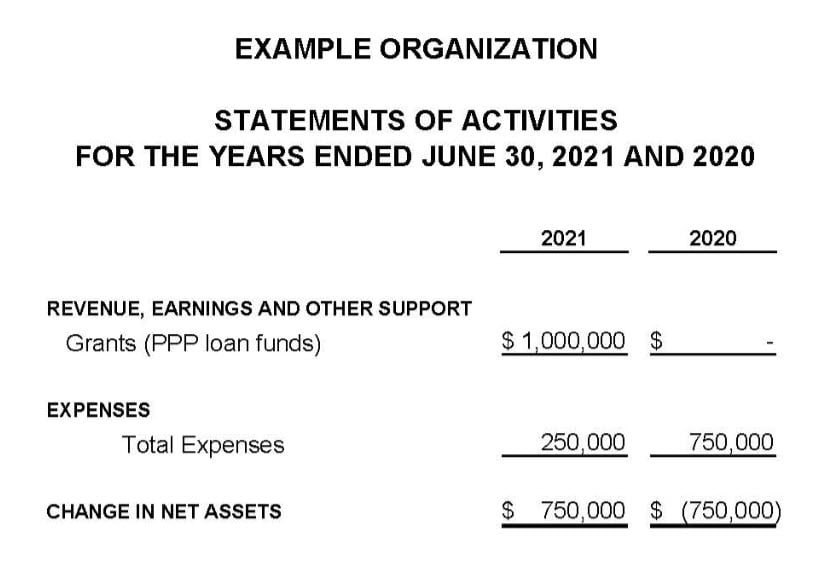 Similar to conditional grant recognition, the entity would treat the PPP loan as a government grant that is expected to be forgiven. 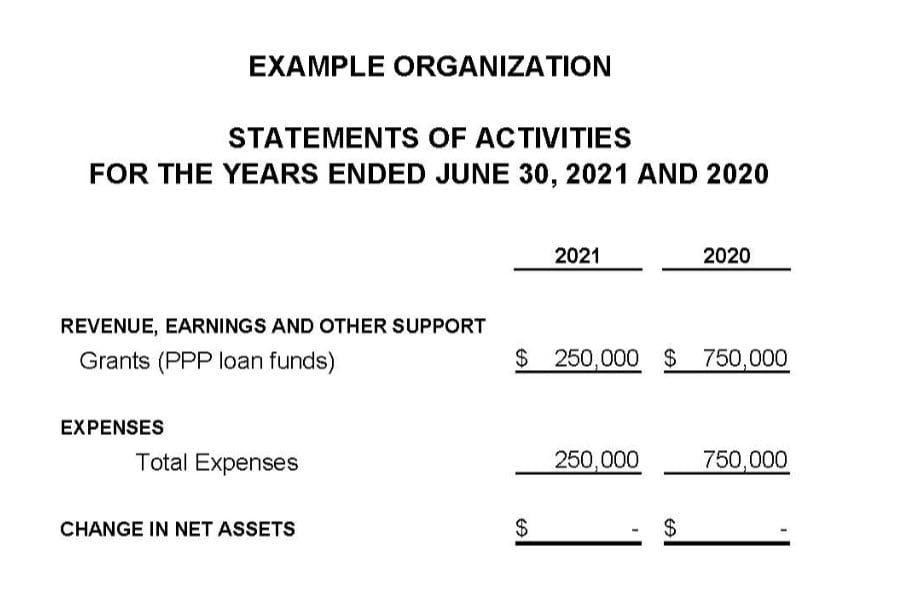 Additionally, many nonprofit organizations receive grants that support operations, salaries, and program costs. It is important, regardless of the recognition model used, that in determining what expenses qualify for forgiveness, there is no “double-dipping” and expenses charged to grants are not also counted in the forgiveness calculation.

The entity should consider the users of the financial statements and method of recognition that best present their intended use of the funds. Additionally, it is important to disclose the accounting policy used to recognize the loan forgiveness and explain the method to financial statement users.